The Commercial and Domestic Reasons Utility Mapping is Vital

As our towns and cities have continued to grow and develop over the last century or so there has been an ever increasing need for more services to be connected to a larger number of buildings.  This has meant that governments and private companies alike have been laying more piping, cabling and other means of supply than ever before.  There is a natural assumption that someone, somewhere out there knows exactly where everything is buried, but the worrying truth is that this is rarely the case. 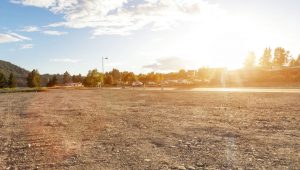 The ground beneath our larger settlements has been worked and reworked many times over the years and there have often been alterations, relocations or replacements that have taken supplies on a different course.  As a result, utility companies and local governments often only have approximate locations on their records, or will not share information efficiently enough, leading to problems.  Even away from this, there are other unexpected surprises that can turn up when digging.  Historical sites are occasionally turned up and require processing and investigating, or even something like an unexploded World War Two bomb can surface in building sites – something that is surprisingly common in the UK.

For utility companies, knowing where their network is buried is essential and they should have a very good record of this, but their knowledge and awareness of other companies services can vary.  This is why surveying companies such as Australian Locating Services can provide detailed scans of the ground to correctly locate services buried there before any digging commences.  Not knowing if there is a potential threat near your target can be deadly for workers.  Almost every year there are reported cases of people who have been injured or even killed due to accidentally striking a high voltage cable or a gas pipe that they were unaware of.  Companies are responsible for the safety of their work force and are liable in these situations as if they had double checked the site with a scan, then the incident could have been avoided. 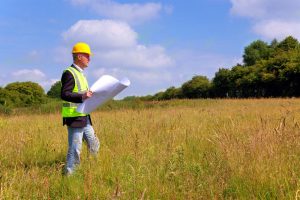 In a domestic environment, it can still be essential to have an accurate mapping of utilities under your land available to you.  If you plan on doing any landscaping, building an extension or even some (slightly extreme) gardening, knowing what is beneath you is vital.  Just because the utilities run under your land does not make the companies that own them responsible if you dig through them.  It is always best practise to double check where your utilities are before you break ground on any project (planting flowers is an exception).  The most important thing to note however, is if you do stumble across any buried utilities on your property, do not touch them.  It is a crime to interfere with utility supplies and if you do so you are not only breaking the law, but putting yourself at risk of serious injury or worse.  Contact the utility company and discuss relocating it with them.  They will usually be happy to work with you to facilitate this, but you will most likely be at the mercy of their timetable, as well as being expected to foot the bill.

Powered by WordPress | Theme by The Bootstrap Themes